Yesterday, Virginia Democratic Sen. Tim Kaine arrived on the Senate floor to deliver a speech about immigration reform. Interestingly, he elected to give the entire speech in Spanish rather than English. Much of the mainstream media has been left guessing as to the content of the speech because no interpreter was available. Many news outlets then requested a copy of the stenographic transcript of the speech only to find this: 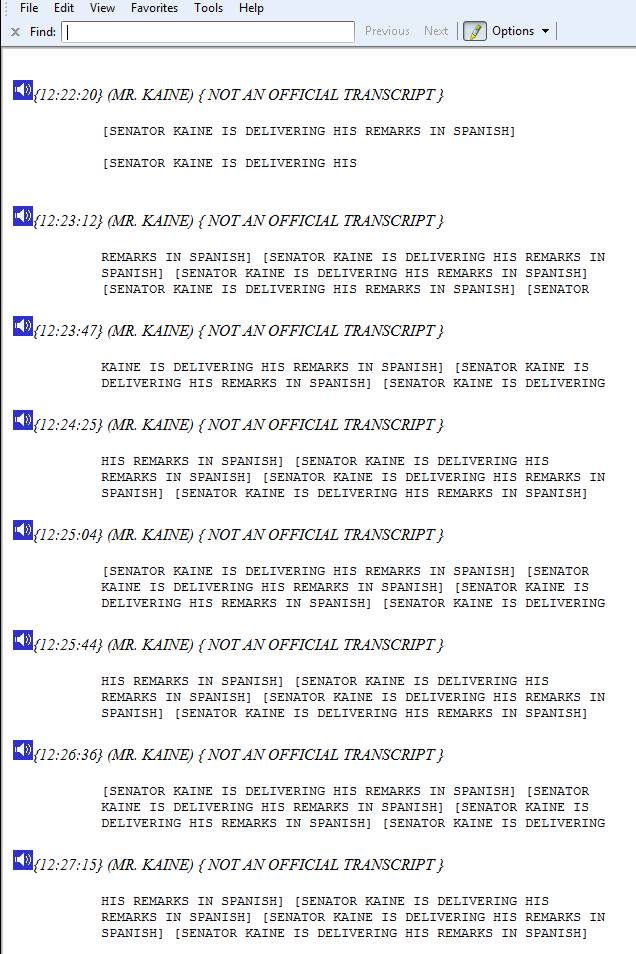 Yes, you read that correctly, the Senate court reporter was forced to repeatedly type “Senator Kaine is delivering his remarks in Spanish” because she could not speak Spanish. As a result, no official transcript of his remarks actually exist.

Always Have a Back-up Plan

The lesson from the Senate is simple: always have a back-up plan. Kentuckiana’s court reporters always maintain back-up audio recordings of all depositions and proceedings. Our audio can be immediately downloaded and forwarded to an interpreter or other third-party to assist in the production of an accurate transcript. Whether you utilize our stenographic or digital court reporters, all will come prepared with redundant audio back-ups and access to our cloud server. If your deponent suddenly starts speaking a foreign language in the middle of a deposition, we can have it translated and transcribed in less than 24 hours. Stay a step ahead of the United States Senate by relying on Kentuckiana Court Reporters.